Hey there! Are you still with me?

I haven’t been on here for months, but there were some good reasons for it. As the girls get older and I sloooowly get my sleep and energy back, I have been researching what I want to do with my life on a professional level. More on that on a future post.

Then we went on an early, 2-month holiday in Greece. That’s where both me and N. come from and that’s where the girls’ grandparents live. Here in the Netherlands once children turn 5, they are not allowed to leave school outside of the official school holiday dates. If you take your kids off of school, you get huge fines. Which is inconvenient for expats but makes total sense. It makes sense because The Netherlands is very international and half the class would be gone half the year. Anyway, Loulou Maya turned 5 in June, which means that from the 1st of July she is obliged to attend school during official school periods.

So we went to Greece from the 5th of May till the 28th of June. Yup. We spent three weeks with N.’s family in Alexandroupolis. He has a big family, that spoiled us with delicious food and everyone made sure we felt comfortable and me and N. got to spend time as a couple too in the evenings, when the girls went to bed. Then we went to Peloponnese, to an awesome camping place, where my parents have a camping caravan since -I think- 2005. It was really great for the little ones, but I am not going to lie, the heat was killing us during mid-day. And I don’t know how 2 little kids can completely exhaust four adults. They were so full of joy, running around and playing all sorts of pretend games on, around, under, behind every rock and tree and splashing in the water all day. It was hard to keep up with them and a lot of coffee was consumed, but we made it and it was totally worth it. Again, amazing food from my parents. Our bellies were happy. Then we also spent a week in Athens and the heat was just too much for us but I got to see my friends and went on a few dates with Loulou Maya to stroll around the ancient ruins, which she loved, while Vera Jo was napping.

Here are a few pics of how that was: 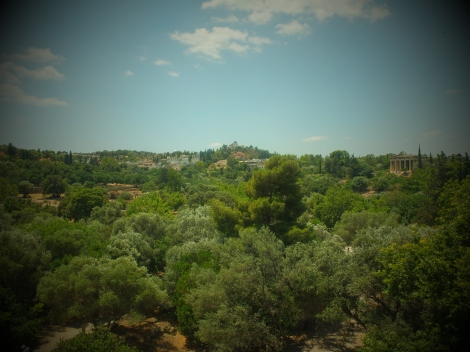 Believe it or not, that is the center of Athens. 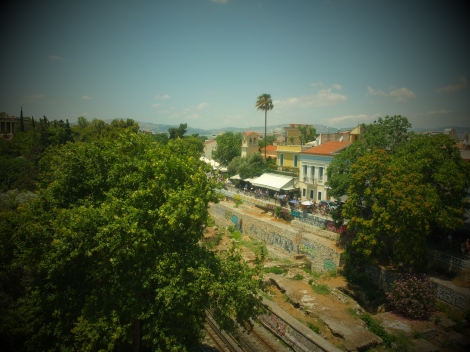 That too. That is the view of the street connecting Monastiraki and Thesion, seen from the Agora. 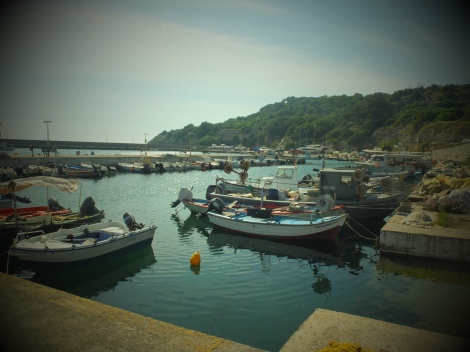 A wonderful place outside Alexandroupolis, close to the Cave of the Cyclops 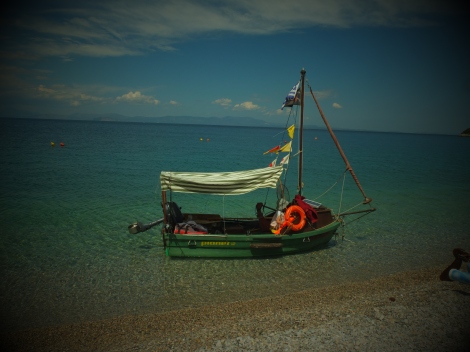 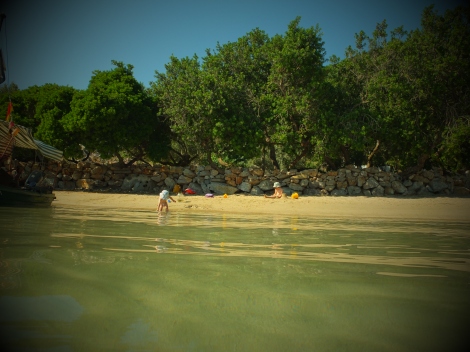 A beautiful sandy beach, close to Zaritsi, called Hawaii, because of the sand. 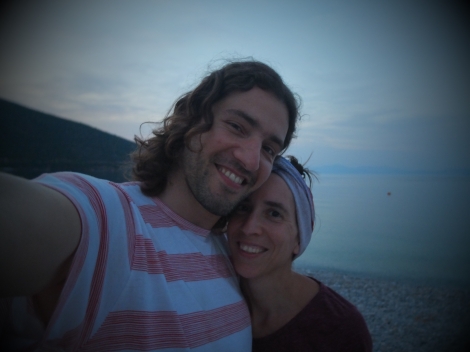 WE WENT ON DATES! OUR KIDS SLEEP! (sometimes) 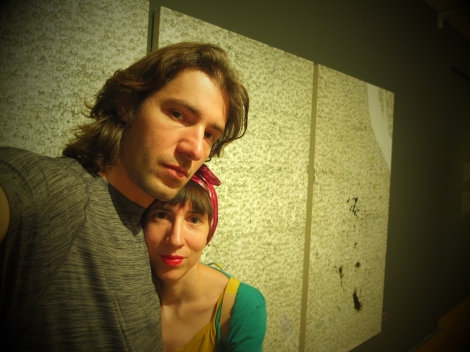 We even went on an art exhibition. Without kids! 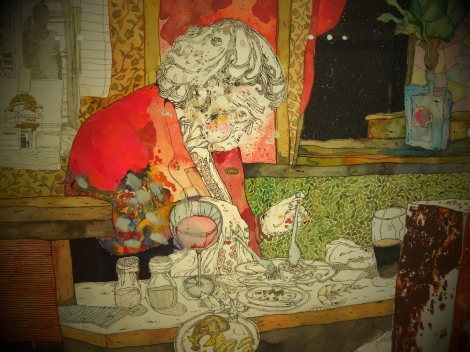 Seriously, go see it if you are in Antwerp. It’s Srefanos Rokos paintings inspired by Nick Cave songs.
https://www.stefanosrokos.gr/no-more-shall-we-part/en/

In the middle of the holiday N. got the news that his company is closing down their Amsterdam department so he had to start looking for a job, cause his contract ends by the end of August. Yeah. No fun, I am not going to lie. He was on the phone with recruiters all day, I was trying to make sure our kids don’t die drowning or falling from the trees and we were both pissed we were not relaxing. But then we thought “oh well, good thing is recruiters ARE actually calling, so we don’t have to worry about actually having a job and we are all healthy and next to the sea and it is summer and the food is awesome so we should just cheer up”. And we did! And then it was better again.

I also found out that if I wanted to start studying again -in Dutch this time- I needed to get a language diploma called “NT2”. So I bit the bullet and registered to do the exam at the end of July (that’s now done. Wish me luck!). That was frustrating but also a great motivation and I am glad there was that push, otherwise I would never do it and it is necessary to have, if I ever want to get the Dutch nationality. So that NT2 is a handy little paper to have.

When we came back to the Netherlands Loulou Maya had to go to school for three more weeks till the actual school holidays started. Which was mega-awesome, cause she had missed kids her age during the holidays and she loves her school and had missed her teachers. I could also use a little break, dealing with just one kid for a while, before the start of the school holidays. The weather was cooler and we had missed our home too, so it was nice to be back. And when we came into the house a big bouquet of sunflowers was waiting for us on our table, next to our mail, collected by our neighbors. And my avocado pit was now a proper shoot with four leaves (major happy dance moment). Best. Neighbors. Ever. 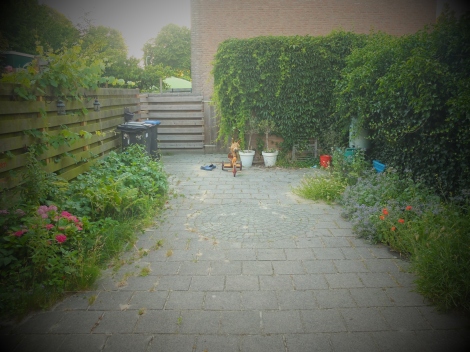 That’s how our garden looked when we came back. The wildflower seeds we had planted had taken over the place.

And we got to harvest potatoes!

Now, on the screen-free part of the title… Before leaving for holidays our school had what they call “a parent’s college” meeting, where a specialist was talking about how bad screens are for kids. He was analyzing it from an anthroposophic point of view (so a Waldorf/ Steiner point of view). Even though Loulou Maya had only been watching half an hour a day up to that point, we thought that cutting it out altogether could help with her anxieties (she is mainly afraid and worried about death before bed. I found a solution to that, but that’s another post). So we told her that a doctor at the school said that screen is just plain bad for her and crazy as it sounds, she said “oh, ok. I like explorations in the forest better anyway”. Granted, I am not stupid. I broke the news while we were at a walk in the forest, admiring the wonders of nature. And we would only have to be at home for a couple of weeks, before our holiday started. In Greece she was busy enough with all the amazing things she could do outdoors and all the friends and family who long to play with her so much. They all respected our “no screen” policy and no TV was turned on, to tablet was showing any shows in the background while the girls were awake (big thanks to both our families for that!).

After we came back, she did ask a couple of times if she could watch something. We said “no”, explained why and offered another activity instead. Hey, I am not naive. I am not saying this will work forever. I know when they grow older and all kids around them watch this and that, they will want to do that too. And they will, within limits. Because cinema is a form of art that I want them to appreciate and enjoy. And because documentaries are such a nice window to the world. And because, as they get older, they can find such awesome craft tutorials online. But really, before the age of seven there is no real value in screen time (I mean, no educational value). Again, I am not judging people who have screen time. We all need a break. And it is easy for our family to be screen-free, cause we have chosen a school where the vast majority of the kids is raised screen-free too up until the age of 6-7.

So here are a few things we did instead of watching “Burman and Burman” and “Barbapapa” (very Dutch, hilarious, almost psychedelic children’s shows). 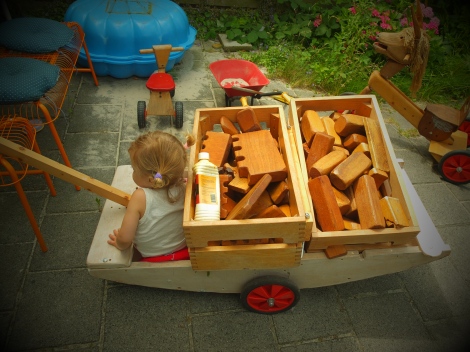 We cleaned the school’s wooden blocks, cause someone has to do it. 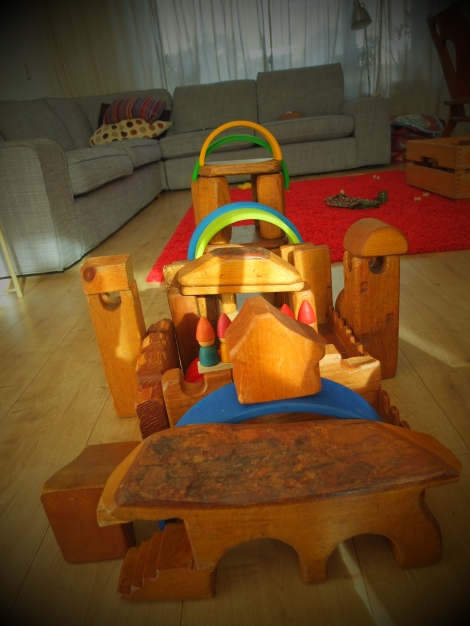 And then played with them, cause we had earned it. 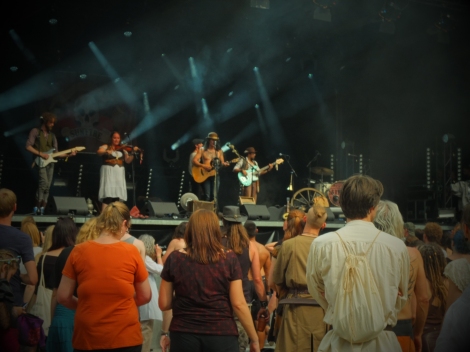 Went to the Castlefest Keukenhof, a fantasy festival close to our town. 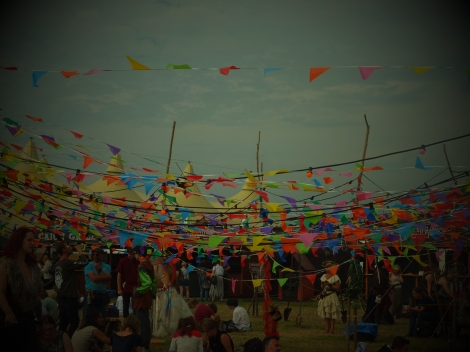 Another pic from the festival. 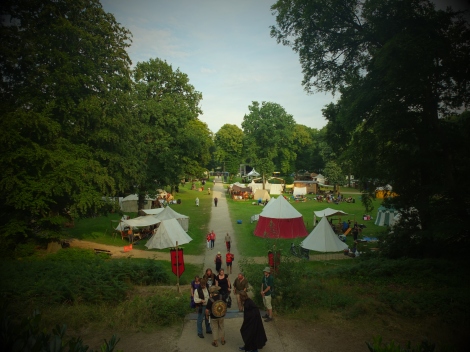 The Medieval area of the Castlefest 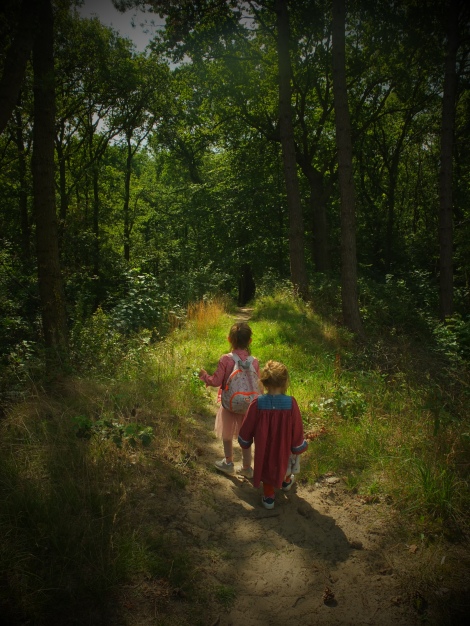 We went into the forest. 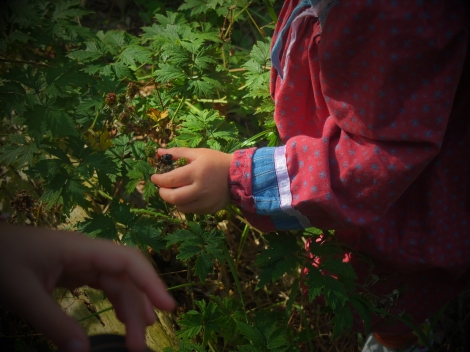 And we picked berries. 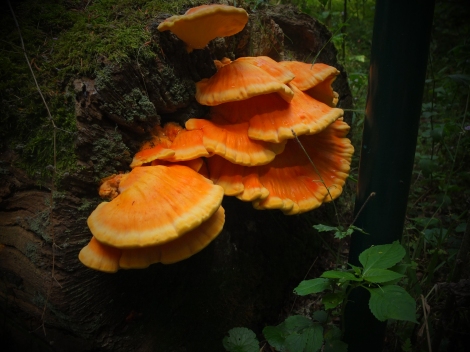 And marveled at the mushrooms. 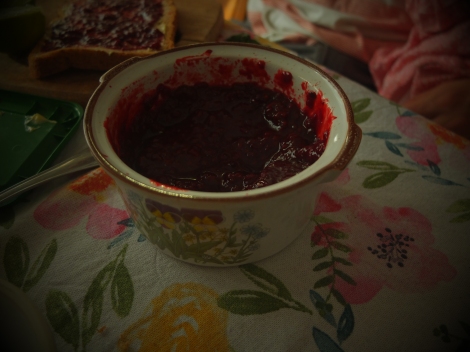 And then made berry jam! 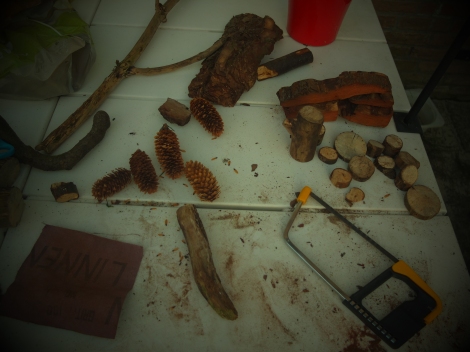 We also gathered some wood and cut cut cut 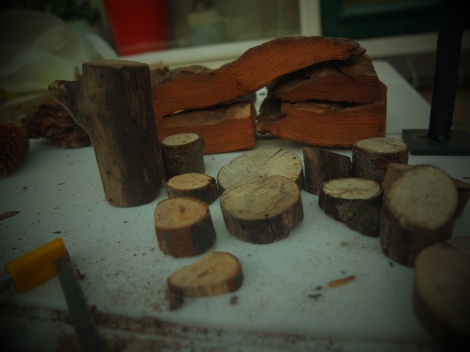 And made our own nature blocks 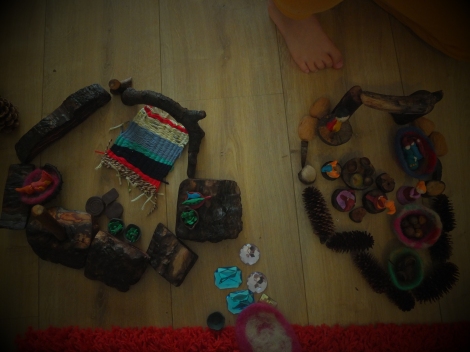 And played with them for hours 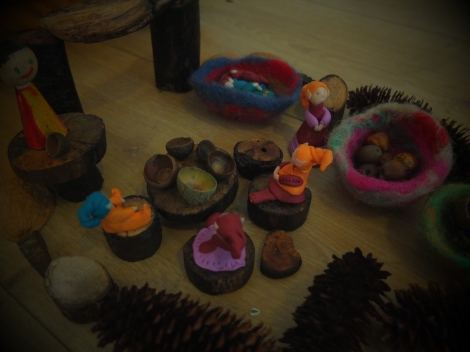 Needless to say, there were also the days that we got sick (horrible stomach virus) and the days that we were grumpy and whatnot. But in general this summer, despite the unexpected events (for example, Vera Jo got a staph infection and then a sun allergy to top it off, despite the sunscreen and UV swimsuit), has been a great one. We have significantly less tantrums than last year and I feel that this has a lot to do with many factors:

I am also quite a bitch about bedtimes. Vera Jo goes to bed at 19:00 and Loulou Maya at 20:00 (or earlier). Sure, there are the occasional exceptions and I also pay for the early bedtime with very early mornings, but they do get proper rest, and I don’t mind too much, cause I am a morning person. I just drink a bucket of coffee with oat milk and I am Marry Poppins (for a bit).

So, if this post needs to have a take-away message, let it be: “slow down, go out, log off and play”