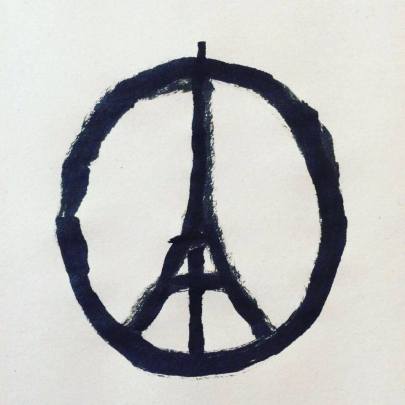 This is most likely NOT going to be a coherent blog post. No witty jokes, no fun stories. Just a stream of thoughts as they cross my mind and pierce my heart, while refreshing international media websites, to hear the latest news.
*

Let me start by confessing that the title of this post was initially just “Paris”. Did I know about the attacks in Beghdad and Beirut till yesterday. No, I didn’t. All that came up on my facebook feed was babies, art, Greek government news, music, technological advancements, a bit of the Syrian refugee crisis and mommy wars. I have a very diverse bunch of facebook friends, you would think that someone would have noticed, but no. Today however a lot of people pointed out those attacks and the fact that they didn’t make it to the mainstream media here in Europe. It made me think. It made me think about our European bubble. About the fact that many European countries send armies to the middle east and we never hear about what those armies do down there. Who do they “save”? Who do they kill? Then most of us are surprised that terrorists attack Europe. I am not going to elaborate on my stance when it comes to countries having armies. I will just say I am against it and I know that at this point it’s a utopian idea, but I do believe that it could become feasible within a couple of generations.

I have been thinking about all the people that die every day. We are mortal. Everything breaks sooner or later. It really doesn’t make a difference to the people who are already dead whether we mourn for them or not. The Syrians, the Palestinians, the Israelis, the Lebanese, the French… But honoring their absence in one way or another can be healing for those left behind. That’s why the flowers at the embassies matter. That’s why the candles lit on our windows matter. All innocent people that die deserve honor. Or rather, their friends and families deserve to experience the empathy and sympathy of those around them. Will my changed facebook cover photo bring anyone back to life? No. But if it makes just one victim of a terrorist attack feel less alone, then it’s worth it.

*
When I went online this morning, the social media were already filled with hatred against Islam, against Muslims and even against refugees, for “some of them are terrorists” or “terrorist hide among them, so we shouldn’t let them in”. People are scared. Fear and hatred are a very bad combination and they definitely don’t contribute to clear judgment. The crimes that have been done in the name of religion are well-documented (and there is a pretty big bunch of undocumented ones as well, most likely). Christians, Muslims, Jews have fought each other for centuries, shedding so much blood that it’s really unthinkable. Yes, ISIS is indeed a terrorist group with Islamic roots. That does not -DOES NOT- mean all Muslims are evil. Such generalizations are unfair and dangerous and can lead to the deaths of many innocent people. When it comes to the second part, yes, some terrorists might hide among the refugees. But what do you think is more likely? A terrorist uses a fake passport and flies to the destination of his/her suicide attack or takes a rubber boat to Lesvos with one hundred others, risking to get drawn before he manages to achieve his goal? I would think the latter is much more likely. Syrian refuges are coming here exactly because they are trying to run away from ISIS and the terror that it spreads.

*
I went to the grocery store this morning. People were smiling, holding hands, scolding their kids, looking at their grocery lists… Nothing out of the ordinary. They looked blissfully unaware of what has happened in Paris. It bothered me. I was annoyed that life seemed to go on while so many lives were lost last night. And then I started thinking more about it. Life does actually go on no matter what. And us feeling fearful is exactly what terrorists want to achieve. Maybe the best thing we can do is actually go on with our lives and at the same time try to stop the circle of hate by being more open, more understanding, more compassionate, more ready to listen and speak respectfully.

There is a popular hashtag used: #PrayforParis. People use it a lot as they feel it’s a nice way to express their solidarity. But I saw a great sketch that mentions that the last thing we need right now is more religion. Paris is about Life and life is what we should be celebrating.

I was doing one of those online personality tests the other day. One of the questions was “would you prefer your child to be smart or kind?”. Believe it or not, I had trouble answering. Now I know the answer. Kind. A million times kind.