As you already know, the non-hip hippies are really into food. But we also love food for the soul. This can come in many forms: books, movies, music, a painting or even a coffee with a friend. And since we have enough food recipes, we asked Athena Psyllia to help us help you feed your soul by proposing ten books that she feels are worth your time. But first, let us introduce you to Athena. 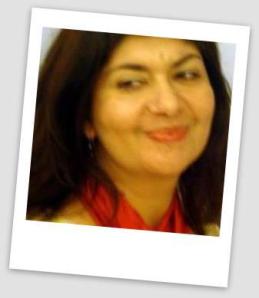 “I was born and still live in Athens, Greece, where I work with stories, as was my childhood dream: I am a psychologist-psychotherapist and translator of Portuguese literature. In the future, I hope, also a farmer and a traveler. “

And now we are ready to move on to the books!

Mário Vargas Llosa, In Praise of the Stepmother.

Perversely funny. Have you ever imagined that one day you become a public figure and all your dirty laundry is out in the open? No? It’s just me? Oh, well:

The book is a biography of Coetzee himself, when he supposedly has died, by a young writer who focuses his research in the 70s and dwells into every details of Coetzee’s life and work. We, the readers, enjoy a brilliant book and the author has ensured that there is no way to suffer a greater vilification.

My favorite hero, Marcus, student, first time away from his neighborhood. In the process of discovering the pace of his own stride and live his life, he makes a huge mess, solemnly, movingly and hilariously. He hits his head on the wall but manages to cope.

From Portugal , a tight story six people whose paths intersect at key points: the madness , the power , the horror . Not exactly the book you would choose to cover your face to sleep on the beach , but very powerful. The author is himself the hero of a bizarre history : until his thirties he wrote incessantly without publishing anything. From his thirties on, he began editing and publishing one, two , three books a year and sweeping the awards for the last 8 years.

Mark his name, for we will be hearing about him in the future. (And let me just add that I am the translator of this book in Greek ) .

The 7 stories are sweetly entwined in my mind, since I haven’t read them for 20 years, but the orgiasticlly fantastic atmosphere is still clear before my eyes. The Danish baroness who wrote with a male pen name in English, out of devotion to the language of her dead lover. That is in itself a good story.

A masterpiece novel that chronicles the four nights and one morning of the acquaintance and love story of a lonely man with a mysterious woman. Great material for a movie, which was not left untapped. Three different translations into Greek, three different books. Mystery.

What the title says: Put a contemporary (of Twain’s era) man at the court of King Arthur and you shall see. Funny and extremely modernly written. Impossible to put it down before you read it cover to cover.

(this book has not been translated in English so far, so only the Greek readers can enjoy it)

One more novel, the most complete work of Karagatsis for me. An island gets unstuck from the Aegean sea and ends up in the Indian Ocean. The curse of the elders, love, psychoanalysis and fictional literature in ideal proportions.

Don’t you have a book that you read over and over again, when you want to make sure that you will enjoy it and you have no tolerance for unpleasant surprises? For me, this book is Therapy. First of all it is damn funny. A super successful television screenwriter gets obsessed with a pain in his knee and tries out different treatments, ignoring everything else that is going on around him. His life is slowly falling apart,but he will make all kinds of stupidities until until he finds the cure. Sweet and humane.

Everything you wanted to know about Portugal after the Carnation Revolution and were afraid to ask. Through the history of the family of a former minister of Salazar. Sharp and insightful, recognizable stories in our own Greek reality. His best book, in my opinion. And I am to blame for the Greek translation.

P.S.: Don’t spend all your money on these books, because next week we will give you the suggestions of another lovely lady, a young and passionate poetess!